It’s a fact that furniture wears out and has to be replaced from time to time, usually when you don’t have the funds to buy something new.

So how do you know when to let go?

About two years ago our two couches had to go…one did actually go, but we keep the other one.  Someday soon I will make a slip cover for the couch we kept, won’t that be fun?

But since we were loosing two large seating surfaces and we still had kids in the nest and others coming and going, we needed to find something that would last a few years and wear well.  I decided leather was the way to go.  But that dang money tree in my backyard just wouldn’t grow money fast enough to justify a “new” purchase so it was off to CraigsList.

We found a sweet deal…or so I thought and I convinced the mister that we “needed” this furniture.  It was a reclining leather couch, loveseat  and recliner all for the bargain price of $600!  We went to look at it and all the pieces were it great condition, but…

we soon found out why they wanted to sell 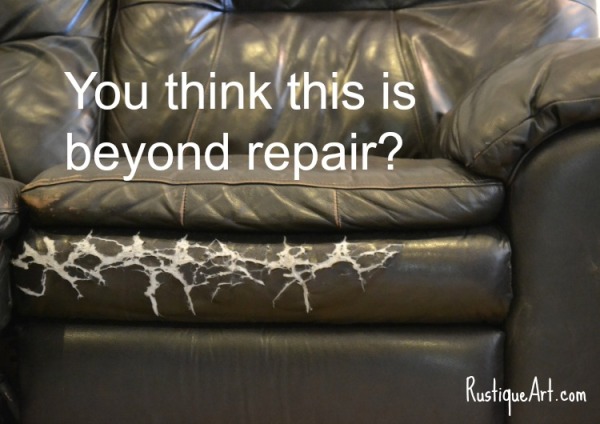 Understand, we’re not hard on our furniture but it gets used a lot by kids, grandkids, the dog and the occasional weekend naps.

At first it was easy to live with, but over time it was uncomfortable and very ugly.

For me this was irritating.  I’ll confess, I battle pride issues and this was really messing with me.

I knew there was a few more good months or even years left in this furniture.   At least until the kids got out on their own and then there is Rudy, our family dog who is spoiled and is allowed on the furniture because I’m weak and didn’t say no.

Of course we now have one in college and we are giving another child a meager monthly contribution, so again…buying new furniture is really not an option.

But after several weeks of pondering the fate of my furniture, a solution began to form in my little brain.

What if I could repair the couch and loveseat?

Ideas began to take root and soon I was dragging hubby to JoAnn’s to get the things needed to repair our furniture.

So here is my leather repair kit

I had previously brought home a sample swatch of faux leather material to see if it would match our furniture.

Would you believe that I matched the color dead on the first try?

But would it work?

Here is how it looks today

not bad huh? I was actually shocked that it worked so well.

I will admit that I’ve had to go back and fix it one time since I did the first repair.  But it has lasted for almost 6 months and seems to be holding up well.

I know it’s not perfect but it was cheap and it looks okay, it will do for now at least until that money tree starts producing again.

and the best part is…

the back of my knees don’t get all scratched up anymore, it’s those little comforts that make this project a huge success for me. 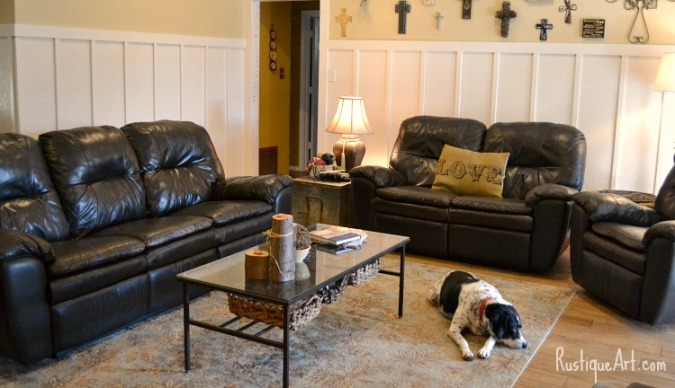 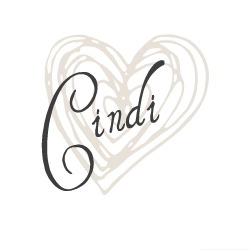 Linking up & Sharing my Style @

Beneath My Heart: Best DIY Projects