Sorry, this isn’t a review of the movie, but the last four days we’ve kinda felt like we were living in the movie.

Last Thursday the rain began, then came the cold front, then came the sleet, then the subfreezing temps. We woke up the next morning and found that we were wrapped in a frozen cocoon and with a forecast of more sleet and temperatures staying below freezing for the next four days.

It is December and this might not seem strange for this time of year, however we live in Texas. Oh! and did I mention that the day before it was a sunny, beautiful and 80 degrees.

Believe it or not, I was happy as a clam and since we had plenty of warning this weather was on the way, I  had planned ahead and prepared all my orders for shipping, then I loaded the orders and some other items in the truck early Thursday morning. Then I spent the day with my sweet little grand daughter, we had a fabulous time playing games, coloring and crafting. By the time I left her house, ice had covered my truck and the sleet had started, but the ground was so warm from the day before, I knew I had time to get my errands done which included a  stop at the UPS store to pick up some work mail from the PO Box and ship my orders, then I dropped off some Christmas gifts for donation and had a wonderful chit-chat with a precious friend.  By 5 pm the sleet was coming down really fast, I had just enough time to get home, get dinner and a fire started, then wait for our little corner of the world to freeze.

can you hear the sleet?   it continued like that until after noon.

I never realized ice could  be so pretty

Here are some photos from our backyard. 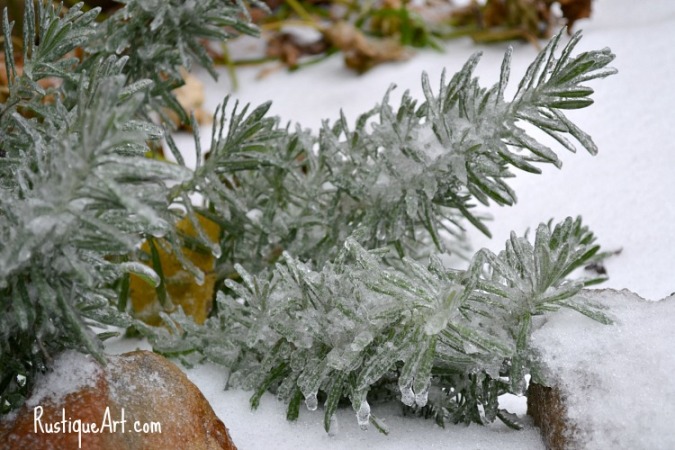 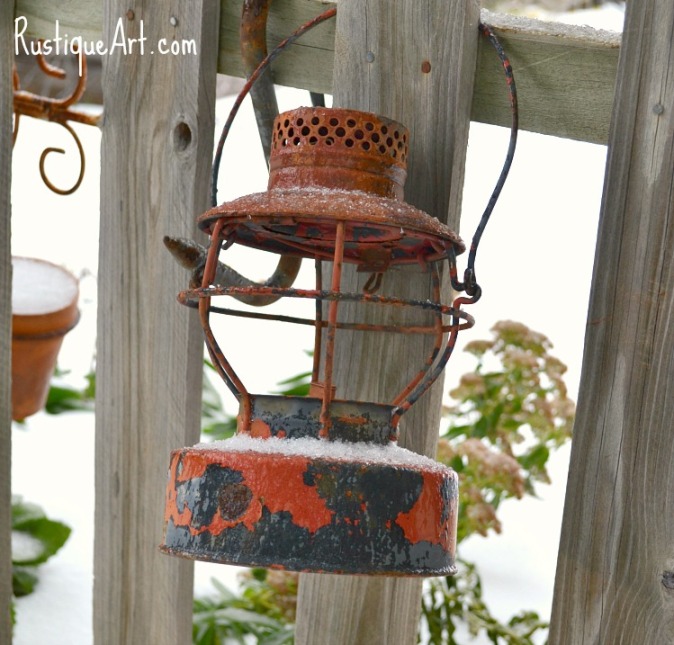 Jim drives for FedEx and he was told to keep calling in until they finally called it and shut down for the day because the roads were so bad. Even though the planes were landing, they couldn’t get crews in to unload the planes and get the packages to the stations for the drivers to deliver. So we spent all day Friday sitting by the fire. I moved my laptop into the den and set up to work in front of the fire all day while Jim read, watched Lord of the Rings, made pop corn and kept the fire supplied with logs.

We did venture out for dog food on Saturday and then met some friends for coffee at a local coffee house.

This fountain is located in front of the coffee shop

I wish that shot this in video so you could hear that the fountain was running.  The water was coming out of the top and running down, you could hear is bubbling.  It was awesome.

On our way home we saw kids ice skating in a school parking lot, they were playing hockey.

you just don’t see that everyday.

I did get a photo of our Mr. Frosty in the front yard 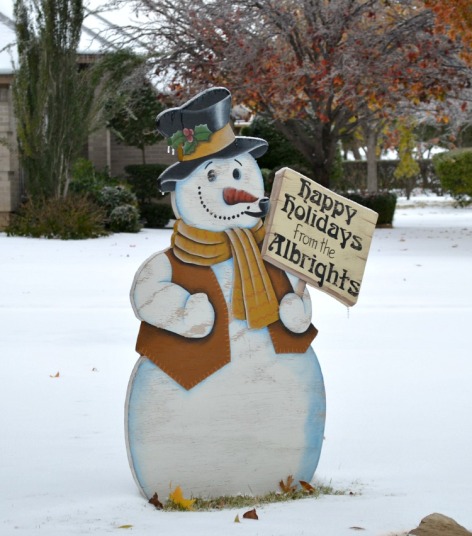 We had a loooong weekend.

It was pretty fun to spend four days with my sweet hubby with no where to go and nothing that had to be done.

It was so relaxing.

Saturday night we found our favorite pizza place open and had some warm Italian food, then ended up over at some friends house for a couple rounds of Spades.

Today the ice is melting enough for people to go back to work.

Trucks are able to deliver food and gas, businesses are opening back up after being closed for 2 to 3 days at the height of the Christmas season!  Yikes!!

Life is getting back to normal in Texas

Hard to believe that in about 8 months we’ll be melting with temps over 100.  I can’t help but think that we might miss this mess in August.